The photographic process of developed gelatinobromide 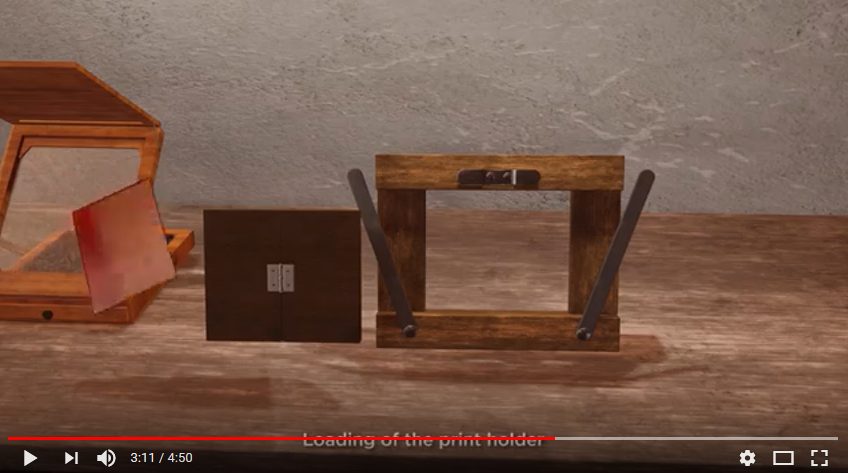 img. from the video by CRDI.

The Centre for Image Research and Diffusion (CRDI) – Girona city Council (Catalonia) presents a new audiovisual product for a better understanding of the photographic process of developed gelatinobromide. This process was created by Richard Leach Maddox in 1871 and improved by Charles Harper Bennett in 1878. It has been very succesful as it is the main photographic b/w process of the XXth Century. This audiovisual, created using 3D animation techniques, is the sixth proposal of a series dedicated to the evolution of the photographic technique and photomechanical procedures that started in 2007. The script is done by the professor Josep Pérez  and the project execution is assumed by the CIFOG (Escola de Cicles Formatius de Girona). This audiovisual, unique in its presentation, has a clear dissemination function and, unlike the theoretical texts, allows the viewer to get a clear idea of this photographic procedure.