This gallery, featuring a kaleidoscope of early photographic masterpieces, selected by 18 museums, archives and photo agencies in Europe, showcases how the camera has, from the very beginning of photographic history, captured the world from its most beautiful angles as well as its most dramatic days.

The original themes of the gallery represent eight main topics: The city lives | living the city; The art of portrait; Yesterday’s children; Hardship and drama; The eye of beholder; Photographer at work!; Joy & leisure; A brave new world.

In addition, insights about the Photographic Processes in early photography and a brief History of Photography explain the developments of this art form.

These are accessible from the menu on the right >>>

Credits All Our Yesterdays

All Our Yesterdays has been also an exhibition on show in Italy (Pisa, April – May 2014), in Belgium (Leuven, February – March 2015) and in Denmark (Copenhagen, May – August 2015), featuring the participation of award winner photographer Mads Nissen. Until December 2017 it was on show in Sant Cugat, Barcelona. 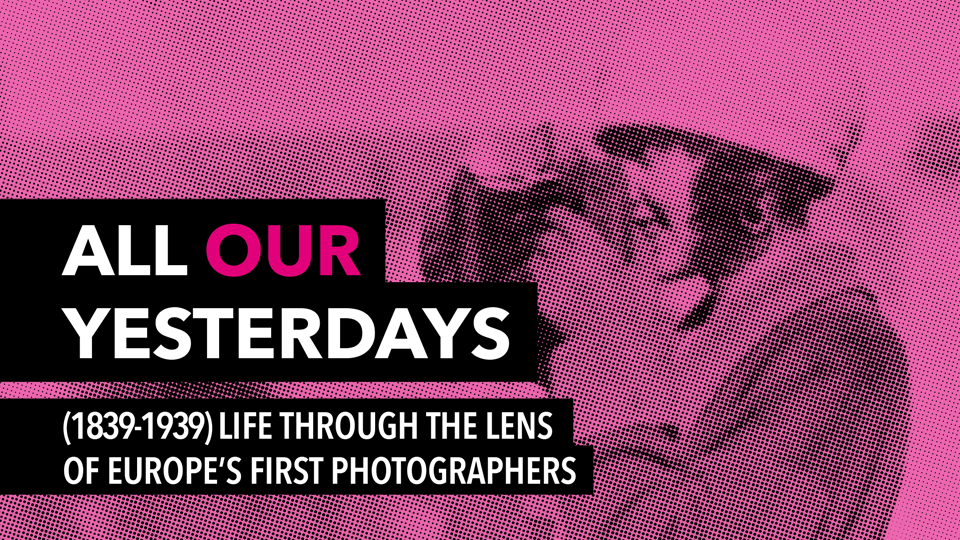