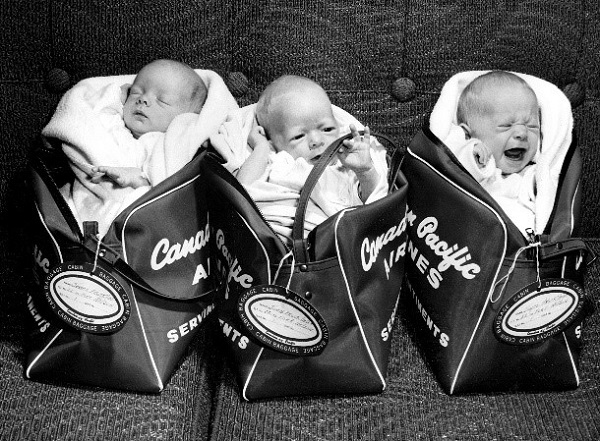 Flying in style, three week-old triplets James, Joan and Joyce Frocklage bagged seats on a Canadian Pacific Airlines’ flight from Vancouver to Fort Nelson on 15 August 1959. For their 900 miles voyage home, the babies were classed as cabin luggage. While dad Henry Frocklage, mom Aline Roberts and their family of nine would remain Canadian citizens for the rest of their lives, this snapshot is an apt representation of their family history: the Frocklages were second generation inhabitants of Canada, born from a father with roots in Indiana, USA. He, in turn, stemmed from the main family branch originating in Westphalia, Germany. With part of the family having migrated to Holland at the end of the 18th century and another part moving to the States in the 19th century, there are Frocklages, Wrocklages, Froklages and Vroklages on multiple continents to this day.