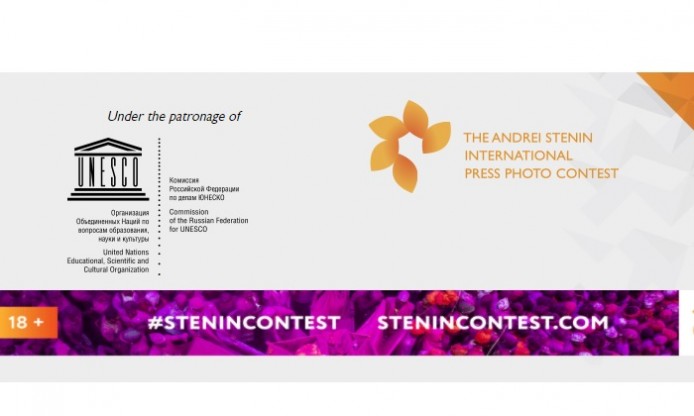 The Andrei Stenin International Press Photo Contest was established on December 22, 2014 by Rossiya Segodnya under the patronage of the Russian Federation’s Commission for UNESCO. The Stenin Contest is the only competition in Russia that discovers new names in international photojournalism and develops quality standards for documentary photography. The contest is aimed at supporting young photo journalists aged 18 to 33 in their striving for top professionalism.

The contest was launched in memory of Rossiya Segodnya photojournalist Andrei Stenin, who died while on assignment in August 2014.

The contest offers young photo journalists an opportunity to make their concerns known. The main themes of the contest include global humanitarian challenges, national identity, social equality and the environment. The number of contest participants and the countries they come from has been growing every year. The contest itself is gaining popularity also thanks to the exhibitions of the winning entries, which have become an integral part of the event. They have been held in dozens of countries, including China, South Africa, Mexico, Argentina, Uruguay, DR Congo, Turkey, Lebanon, Germany, Spain, Italy, Greece, Hungary, Poland and many others.

Since 2018, the tour has also stopped at the New York headquarters of the United Nations, the main international organization for strengthening peace and security of all countries. In February 2020, the winners’ exhibition was hosted by the Council of Europe in Strasbourg.

The deadline for applicants is 28 February 2021. Applications are accepted in the webiste in Russian, English and Chinese.

In 2020 contestants were judged by directors and photo editors from leading photography and news media outlets as well as international gallerists. The jury members included Jerome Sessini, French photographer and member of Magnum Photos, a leading documentary photography agency; Chloe Coleman, photo editor at the international news desk of The Washington Post, the US capital’s largest media outlet; Dimitri Beck,  director of photography of Polka, a French magazine and gallery; Harish Tyagi (India) and Sergei Ilnitsky (Russia), both photographers for the European Pressphoto Agency (EPA); and Davide Monteleone, Italian photographer and researcher, fellow of National Geographic, the world’s most famous popular science and geography magazine.

Intellectual property: For the purposes of this Contest, the Contest Participants grant the Organizer the right to use the Photo Images submitted to the Contest.