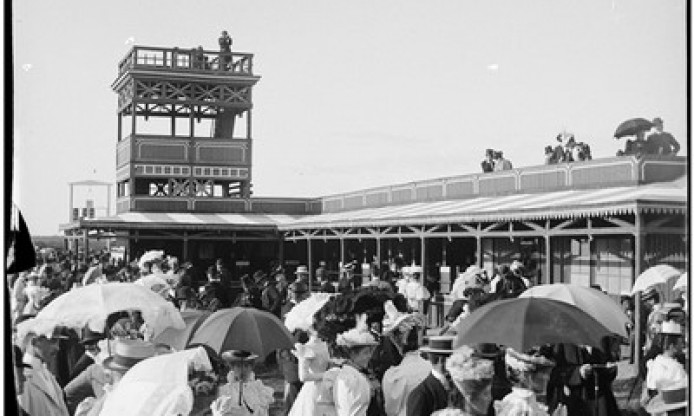 PHOTOCONSORTIUM’s communication officer Sofie Taes was invited by colleagues of the European Fashion Heritage Association as a guest curator for two series of pictures on the theme of fashion at the races, to be released during August on Tumblr and accompained by blogs published in Europeana, the European digital library.

The series is double, and was curated in collaboration with PHOTOCONSORTIUM members:

Today, still, ‘Race day’ is as much about the clothes as it is about the sport, and dressing up in the finest garments and luxurious accessories is a self-evident requirement if you’re aiming at blending in with the in-crowd. Yet in this double guest-curated feature, we shift the focus to the early decades of the 20th century, when modern horse racing was reaching its heyday. Zooming in on French fashion of the 1900s and 1910s first, then jumping ahead to the 1920s and 1930s in the UK, we follow major trends and changes on the racecourse-runways and discover through early photographic images that paddocks and stables, muddy tracks and groomed greens were among the first ever outdoor backdrops shown in fashion photography.

View other posts:
← Portraits: one hundred years at the studio (1840-1940)
Discovering Carl Simon: a storyteller who used photography to engage people →