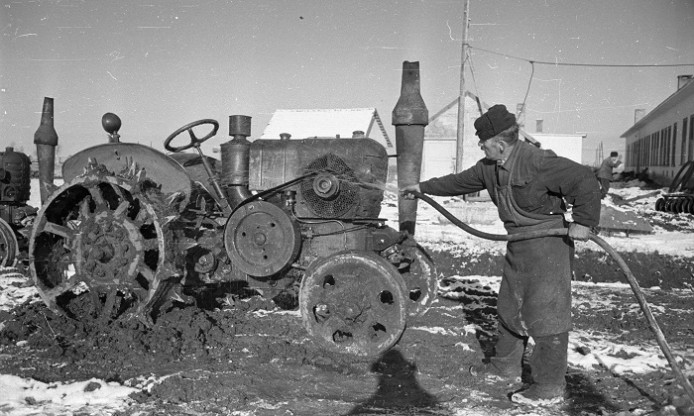 While today, Hungary has one of the highest rates in Europe of agricultural land per capita, the number of farmers in the country has significantly decreased since the early 20th century. Back then, agriculture was thriving, up to the point where more than a million people were living off of farmland labor in the 1940s. During the communist regime, though, farms were seized into collectives, causing private owners to lose their lands and assets. This set of images reflects some aspects of farm life in the 1950s, focusing on machinery and equipment. Provided by Fortepan – a free, curated Online Photography Archive, based in Budapest, Hungary and member of Photoconsortium – to Europeana.eu, these photographs reflect a small part of the +20.000 photos taken by Sándor Bauer in his 4 decades spanning career as a photographer.