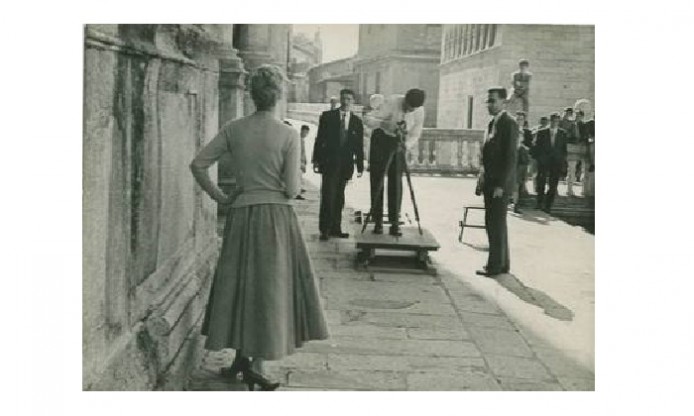 Today we present “Glamour in Girona: the filming of ‘Roc'”.

In 1958, the city of Girona (Catalonia, Spain) was the décor of ‘Roc’: a movie starring Carme Trèmols and Jordi Soler, about a poet pursuing the love of a beautiful girl, sublimating his feelings in such a way that his imagination and fantasy take over… The film was directed by Antoni Varés i Martinell: one of the key figures in the cultural atmosphere of post-war Girona. Varés i Martinell was a pioneer of amateur cinema, who was strongly influenced by French cinematographic after having spent part of his life in Paris. ‘Roc’ was his very first color movie, boasting elements typical of his oeuvre: humor, wit, rich imagery and extraordinary photographic qualities. Enjoy this series of production pictures, portraits and film stills contributed to Europeana.eu by Photoconsortium member Ajuntament de Girona.