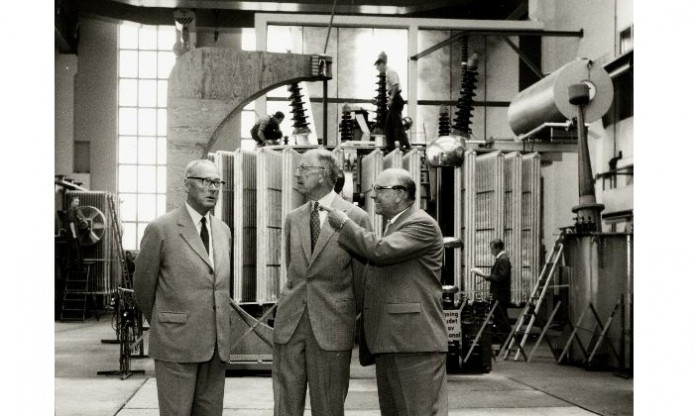 These pictures, contributed to Europeana by Helsingborgs museer (SE), were produced by Swedish photographer John Blom in the 1950s. Blom worked at the Elektro-Mekano company in Helsingborg from 1929 through 1980. With a great eye for detail, he manages to bring the factory halls to life, turning massive machines into awe-inspiring monuments.