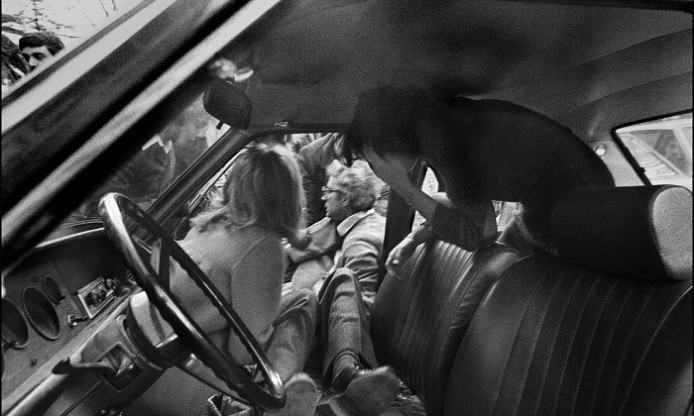 Letizia Battaglia was born in Palermo, Sicily. Married at 16, she took up photojournalism after her divorce in 1971, while raising three daughters. She picked up a camera when she found that she could better sell her articles if they were accompanied by photographs and slowly discovered a passion for photography. In 1974, after a period in Milan during which she met her long-time partner Franco Zecchin, she returned to Sicily to work for the left-wing L’Ora newspaper in Palermo until it was forced to close in 1992.

Battaglia took some 600,000 images as she covered the territory for the paper. She documented the ferocious internal war of the Mafia, and its assault on civil society. She sometimes found herself at the scene of four or five different murders in a single day. Battaglia and Zecchin produced many of the iconic images that have come to represent Sicily and the Mafia beyond Italy. She photographed the dead so often that she once said, “Suddenly, I had an archive of blood.”

Battaglia also became involved in women’s and environmental issues and in the course of her carrier was awared with several prestigiuos prizes. She passed away on 13th April 2022 at the age of 87 in Palermo, Sicily.

View other posts:
← Europeana 2022 save the date & call for proposals
Photoconsortium-Euroclio 3 parts webinar on educational reuse of online resources →