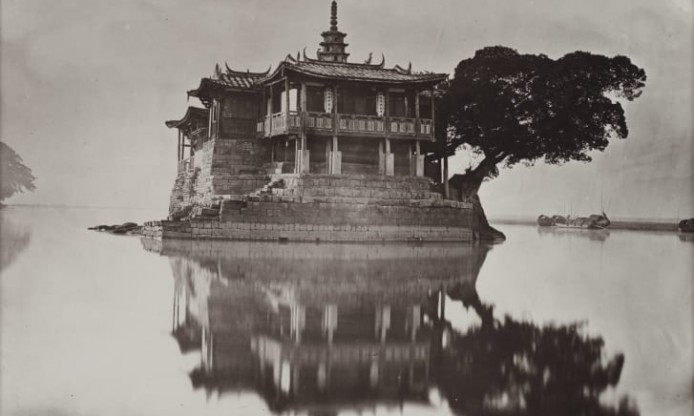 An hitherto unseen photographic exhibition took place this spring at Beijing’s Tsinghua University, one of China’s leading colleges, showcasing rare examples of heritage photographs of China, sourced from the 15.000 items holding of the New York antiquarian and collector Stephan Loewentheil.
The exhibition included works by early Western photography pioneers who came to China, such as Felice Beato, who arrived in China in the 1850s to document Anglo-French exploits in the Second Opium War, and Scottish photographer John Thompson whose journey up the Min River offered people in the West a rare look into the country’s remote interior. In addition to these, the exhibition features works by the earliest Chinese photographers such as Lai Afong and Zou Boqi.
The 120 images of the exhibition allowed to dive into street scenes, tradespeople, rural life and architecture, from the 1850s at the very genesis of paper photographs in China, until the 1880s, including examples of the earliest forms of photography, such as albumen print and the “wet plate” process. The photographs, on display in Beijing for the first time, beyond the images’ artistic value, clearly appeared to be of academic interest, to document how life and landscapes in China were before the big changes of the XX century. Loewentheil is currently digitizing the collection with the aim of creating an online repository for historians and researchers.
More information and images: https://edition.cnn.com/style/article/china-photos-19th-century-loewentheil-collection/index.html