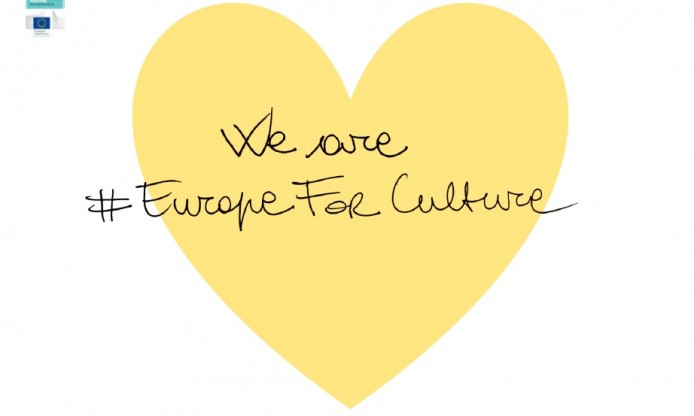 A ceremony and an exhibition on 6-7 February 2020 at the House of European History in Brussels marked the “formal” conclusion of the WeAre#EuropeForCulture project, financed in the framework of the European Year of Cultural Heritage, which realized a series of inclusive and participative pop-up exhibitions across 2019 in various European cities, to celebrate the diversity of European cultural heritage and to empower citizens in a more participative approach to cultural heritage.

Download the Booklet of WeAre#EuropeForCulture with photos and stories from the project’s events! PDF, 6 Mb. 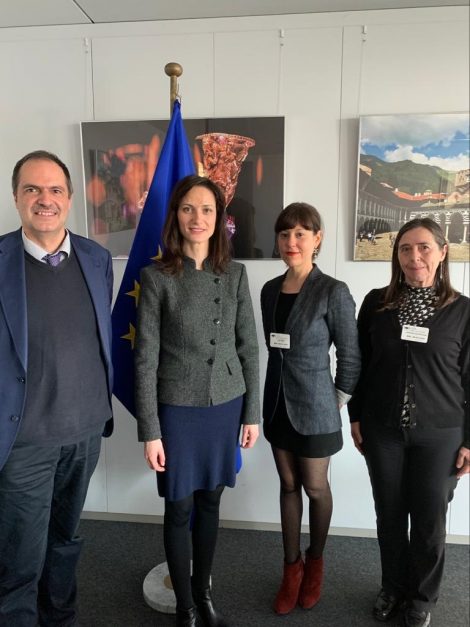 The project coordinators Fred Truyen, Antonella Fresa and Sofie Taes were received by the European Commissioner for Innovation, Research, Culture and Education, Youth and Sport Ms. Mariya Gabriel who expressed kind words and congratulations for the active engagement in the WeAre#EuropeForCulture project, “making sure that cultural heritage is accessible to all people”.

During the event at the House of European History, a ceremony awarded some very special guests: participants from all over Europe who took part in the realization of the local pop up exhibitions. Among them, Szilvia Rebeka Toth from Budapest, Yoana Borislavova Ilieva from Sofia accompained by her mother Gergana Petrova Dimitrova and sign language interpreter Slavina Lozanova; Pertti Stenman from Finland; Maria Àngels Palahí with his son Marc Oliveras from Girona; Vasarė Mikalkevičiūtė and her mother Jūratė Mikalkevičienė from Vinius; Yiotis Ttofis Kyriakou from Cyprus; in representation of the Basel event Vera Chiquet and Peter Fornaro from the University of Basel; Myrthe Vinck, Marie-Aline Geurts and Kato Debeuckelaere in representation of the Leuven event; in representation of Pisa event Susanna Capannini and the director of the Museum of Graphics prof. Alessandro Tosi.

Videos about the pop-up exhibitions: