The photograohic exhibition BLUE SKIES, RED PANIC from 50s In Europe Kaleidoscope project is currently on show in Girona and will then head to Antwerp and Berlin in 2020, but an interactive digital version has just been created for the Day of Science as celebrated by KU Leuven last 24 November, using a multiscreen technology named MuPop where the user’s smartphone is used to control the images appearing on a screen, while audio narratives provide insight and stories about the depicted photographs. 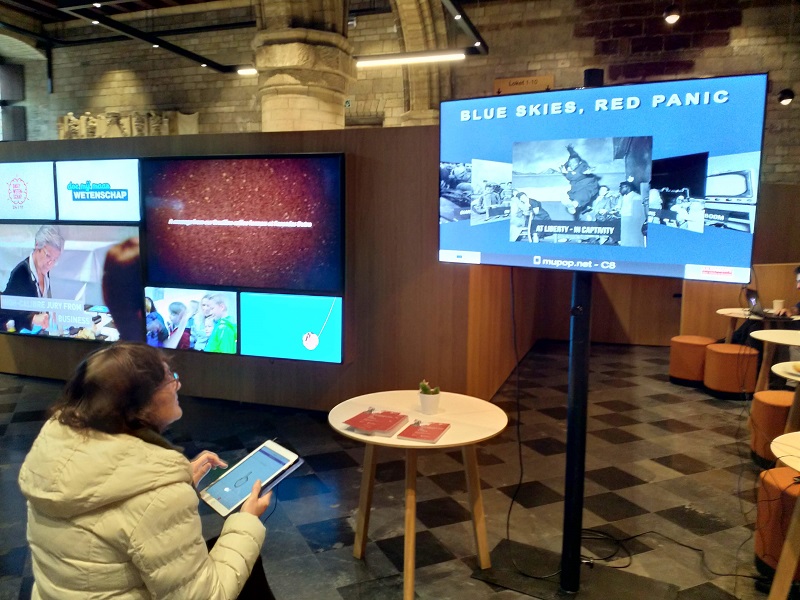 The tool is easy to use and fun, and the access to the exhibition was facilitated by students of KU Leuven, who introduced the visitors to the interactive experience. A very good response was the outcome of the day with hundreds of people passing by BLUE SKIES, RED PANIC, and thousands of interactions with the exhibition which have been counted! 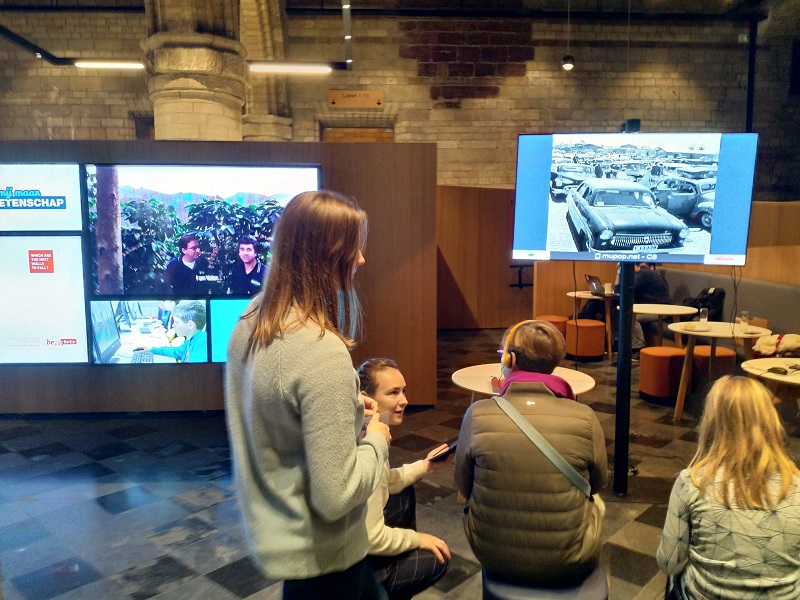 View other posts:
← Fifties Friday: Keeping it cool in the fifties
TopFoto is celebrating a new look, a new website, and new collections →