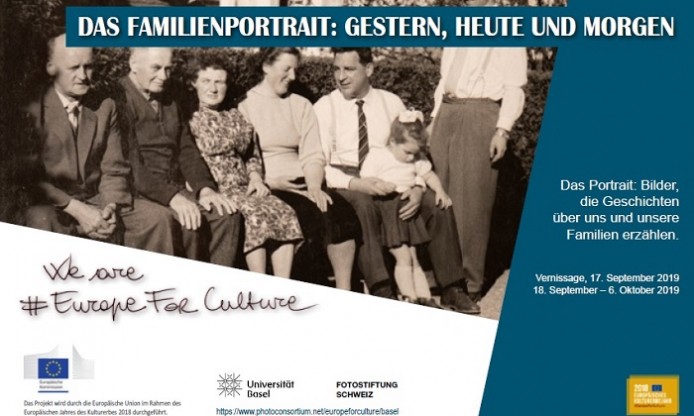 This exhibition is the Swiss instance of the WeAre#EuropeForCulture series, and it was co-created with citizens, including students and seniors who offered their photographs in a guided discussion about the evolution of the family portrait, coordinated by the experts of the Digital Humanities Lab at University of Basel. In addition, collaboration for the content of the exhibition was established with the FOTOSTIFTUNG SCHWEIZ.

The exhibition premiered on 17th September in two locations in Basel: at the Confiserie Bachmann in the Central Station square, and at the University Library.

Organized by UNIVERSITY OF BASEL