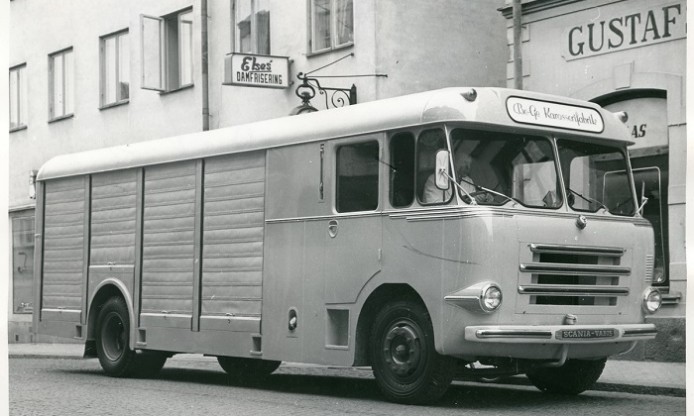 Today we present “The wheels of the bus”.

The 1950s were an era of innovation in the transport industry. Did you know that this was the time in which the hovercraft was invented and the world’s first jet aeroplane carrying passengers was designed and built in Britain? Also flourishing was public transport, with electric trolleys and petrol-driven buses invading cities and new lines and networks getting installed. This magnificent showcase of 1950s buses will drive you right back to mid-century Sweden, hovering between tourists and commuters, smartly uniformed on-board crews and delighted passengers.