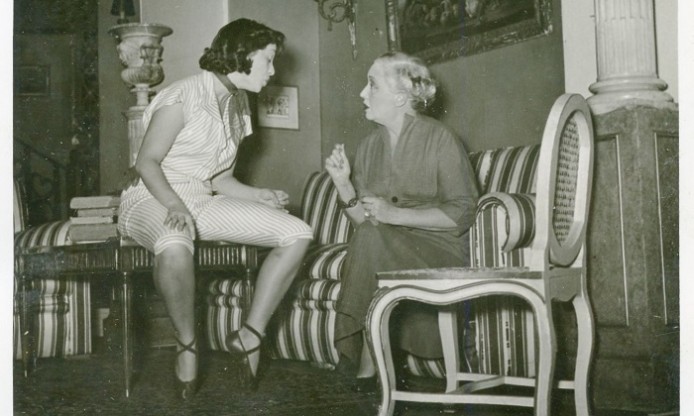 In the mid-century history of theatre in Portugal, Gina Santos was a name to be reckoned with. After having worked with the groundbreaking and anti-conformist theatre group of Manuela Porto, Santos joined the Amelia Rey-Colaço / Robles Monteiro Company in 1950 where she starred in plays by Marcellin Mosque, Lope de Vega, Shakespeare, Carlos Wild, Georges Bernanos, Robert Thomas, Victorien Sardou and Garcia Lorca. This gallery shows the actress in action in an impressive range of roles and guises.