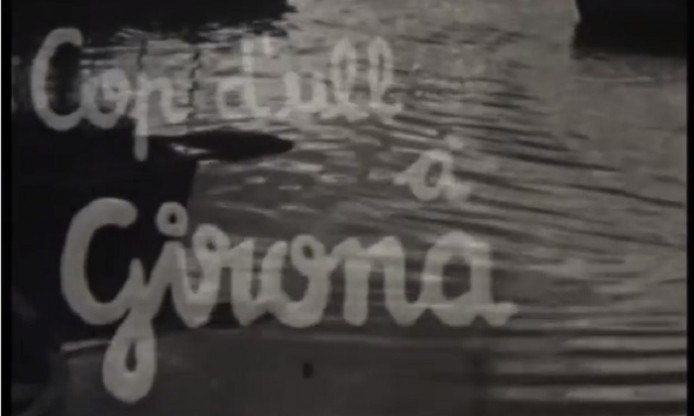 The Fifties Friday series here on Photoconsortium website is enriched with a new video!

In this short film from 1954, courtesy of CRDI Ajuntament de Girona, the author goes through the Old Town of Girona with the aim of reflecting the daily activity of the city. There is a lively Girona, where carriages and buses pass through, where people walk and go shopping on the market. It is a black and white movie, but it contains a fragment in color in the end, added later by Puigvert as an epilogue. It was sounded by the same author in 2003.

Joaquim Puigvert began to make films in the 1950s. Aware of the transformation that was being experienced in the rural environment, his first documentaries focused on the peasantry and craftsmen destined to disappear. It is in this context that he works in this film Cop d’ull a Girona (1954), in which he intends to highlight the contrast between the traditional Girona and the modern city.

← Every past is my past, milestone Fortepan’s exhibition in Budapest
Public consultation on Horizon Europe, the next European investment programme →