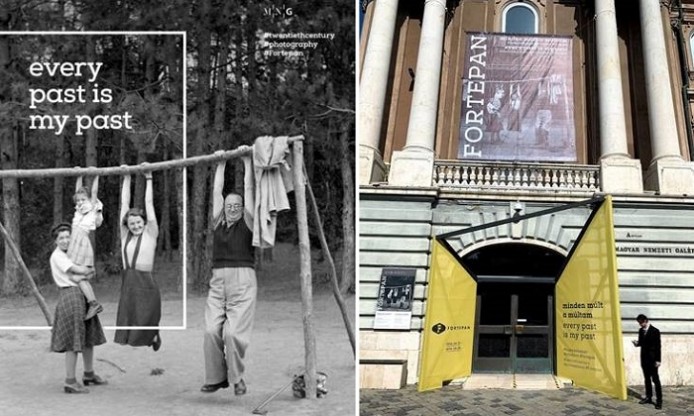 This year, Fortepan, the crowdsourced archive of photographs from Hungary, celebrates the ten-year anniversary of its foundation and on the occasion a huge and successful exhibition was opened last April, with a selection of hundreds images from the archive. The curators of the exhibition “Every past is my past” are Istvan Viragvölgyi and editor Miklós Tamási.

The exhibition is open to visitors until August 25 in the National Gallery in Budapest, on two floors, located in the Royal Palace, overlooking Buda (Building A). Passing across Hungary’s 20th century history, the photos showcase everyday life of Hungarians and their families, allowing visitors to imagine and recollect the stories behind the pictures. The exhibition also focuses on the everyday operation of Fortepan, that has only one paid staff, the rest of the work is done by dozens of volunteers.

The Fortepan archive, born from the passion of its founders Miklós Tamási and Ákos Szepessy, currently counts over 115,982 photos all taken before 1990 and donated by families and private and public collections. It is a true example of crowdsourcing and participation in cultural heritage: Fortepan is in facts a copyright-free and community-based photo archive that anyone can browse and download in high-resolution, free of charge, and also share with the appropriate credit given to Fortepan and to the donor.

Read the article about Fortepan by András Török, from the catalogue (PDF, 432 Kb)

You can see and walk along the rooms in this 3D file: http://fortepan.hu/video/Fortepan5a.html