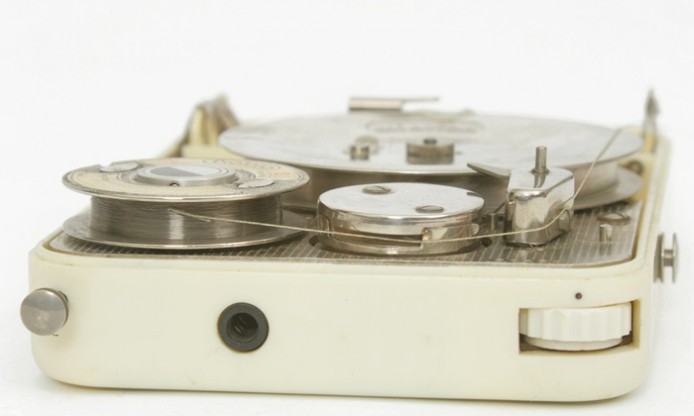 img. The British Lbrary CC BY via Europeana.

Today we present “On the record”.

Taken from the opulent collections of The British Library, these images document the variety of magnetic recorders in use during the 1950s. The principle of magnetic recording was first demonstrated by the Danish engineer Valdemar Poulsen in 1900. In the next few years, devices using a wide range of magnetic recording mediums were developed by researchers in Germany, the UK and the US. Several photographs showcase the Minifon, made in Germany: one of the last wire recorders ever to be produced. Marketed during a period when Cold War espionage was acute, the pocket-sized Minifon had accessories for covert recording, such as a small microphone that could fit onto a lapel. Find more 1950s technology on europeana.eu and keep browsing our WITH collections!