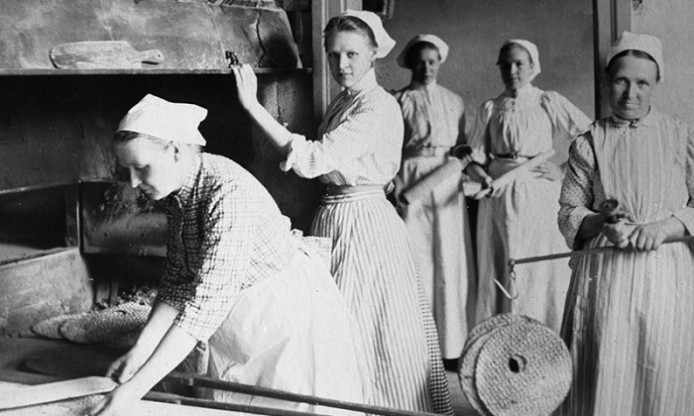 A blog with very nice photographs was recently published in Europeana, to tell stories about working women in history. Infacts, although women have been historically depicted as housewives, engaging in crafts or occupied as mothers, this portrait mostly applied to wealthy elites in some parts of European societies. Until industrialisation, the majority of Europe’s population worked in agriculture, and women were just as involved in working on farms as men; and afterwards, particularly in the periods of the World Wars, women became a relevant workforce in replacement of men who went to battlefront. And while in the 1950s there was some propaganda to enhancing the role of the woman as a mother and a wife, still most women wanted or were forced to join the family with a work.

Across history, we always witnessed dispairity of the work circumstances for women, and even today there are still striking inequalities for women at the workplace, where they suffer from various forms of discrimination in salaries and opportunities of career, in part because they tend to take more career breaks to care for children or family members, as they are still more expected than men to take care of their family. And because of this life-long gender discrimination, still today women face a higher risk of poverty in old age, with smaller pensions than men. There’s still a long way to go for reaching equality!