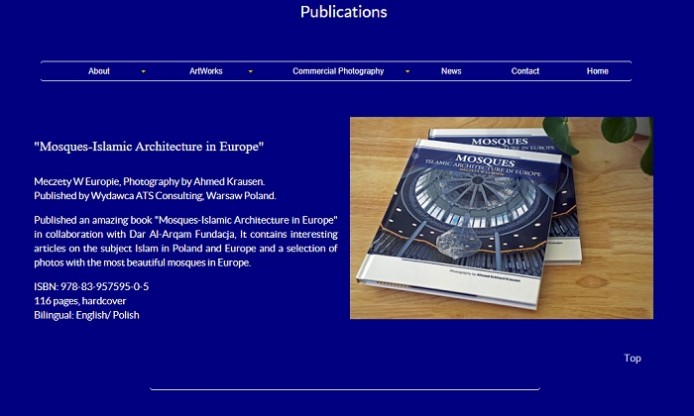 image from the photographer’s website.
The book is produced within a small Polish / German Muslim initiative based in Warsaw and Copenhagen. The book is the first of a small series of 2-3 books on the subject of Islam in Europe with written contributions by competent scholars and photos by Eckhard Ahmed Krausen. It is a nonprofit project and self-financed.

The book has attracted international interest from schools, universities, associations, and individuals and has been sold across Europe and beyond. Among other things, a Turkish school in Vienna and universities in Germany bought several copies in order to use them in class and libraries. The book is also displayed in the permanent Islam exhibition in Birmingham, UK.

The second edition is very promising and deals with Muslim style and Islamic education, this time also in two languages in German and English with written contributions from Italy, Germany and Finland.