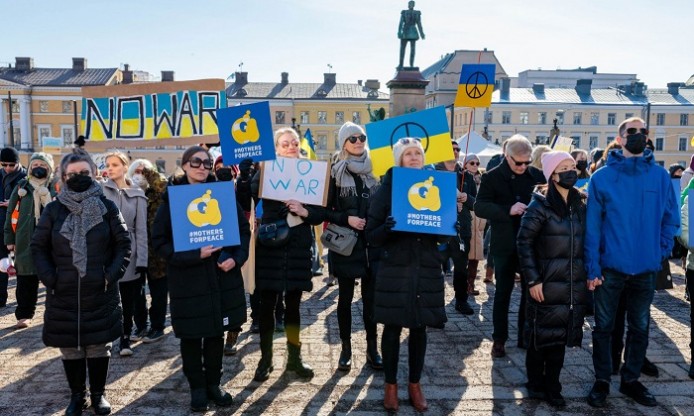 The Picture Library of Museovirasto (Finnish National Board of Antiquities) is documenting phenomena and events in Finland related to the Russian invasion, the state of war in Ukraine and sanctions and actions against Russia.

In collaboration with the important newspaper Helsingin Sanomat a photoexhibition is also open until 6th April in Helsinki at Sanoma House. Texts are in Finnish, English, Ukrainian and Russian.

The Russian invasion of Ukraine has led to great destruction and distress. Millions of Ukrainians have already fled to other parts of Europe. The war and the suffering it has caused have awoken us Finns to help and reflect on our own choices and actions. With this exhibition, we want to highlight the perseverance and determination of the Ukrainians to survive the Russian invasion. The photographs in the Picture Collections of the Finnish Heritage Agency depict the life of Ukrainians from the beginning of the 20th century to the 21st century. Correspondingly, the Helsingin Sanomat journalists and photographers have reported on the demonstrations in 2014, the situation in Donbass and the current war and the plight of the Ukrainians. The Cultural Heritage, history, people and independent government of Ukrainians must be protected and preserved. The images of them, both new and old, shape our thoughts on Ukraine.