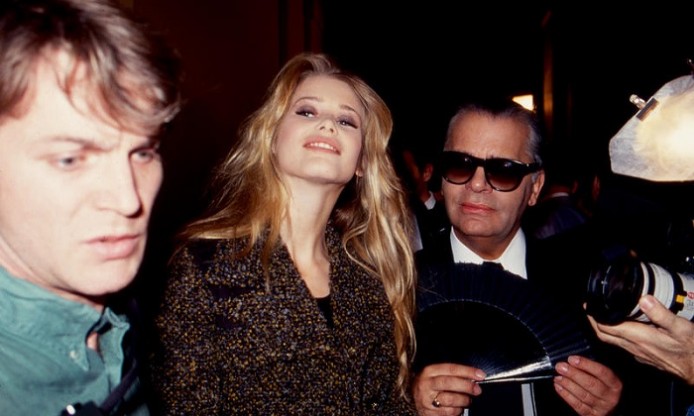 img. German model Claudia Schiffer next to Karl Lagerfeld at the presentation of the fall-winter 1994/95 collection for the house of Chanel in Paris, France 1994. All images in this blog © United Archives.

United Archives, one of the most renowned photographic agencies, recently bought the life’s work of the German celebrity photographer Hartwig “Valdi” Valdmanis.

In the end, there are around 70,000 hand-picked photographs that represent the essence of Hartwig Valdmanis’ life’s work. United Archives has purchased this convolute and will bring the images online over the next 12 months. And create a digital legacy for Valdi.

Hartwig Valdmanis began taking photographs at the age of 8. Later, after periods at the Hamburger Morgenpost, as a police reporter, as a sports editor and at the Bild newspaper, he controlled his own company for many years. His subject: celebrities, people the world wants to see.

A legacy is the (unscanned) huge number of images, which were created in the period when Germany’s reunification took place. It starts with every day views into the German Democratic Republic and ends in Berlin on October 3rd 1990, when Germany was officially reunited.