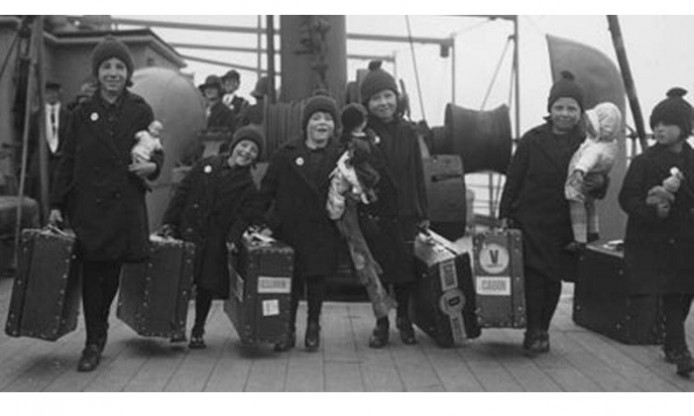 From the 1860s, more than 100,000 children were sent from Britain to Canada, Australia and other Commonwealth countries through child migration schemes. Few were orphans; many came from families who were unable to care for them. With the belief that the lives of these children would improve, charitable and religious organisations sent them overseas. They were supported by governments for which these schemes supplied much needed population and labour. The lives of these children changed dramatically and fortunes varied. Some succeeded in creating new futures. Others suffered lonely, brutal childhoods. All experienced disruption and separation from family and homeland.

Child migration schemes received criticism from the outset yet continued until the 1960s. Formal apologies from the Australian Government in 2009 and British Government in 2010 were made but many former child migrants and their families are still coming to terms with their experiences.

The online exhibition is organized in six sections: The Departure, Empire and Dominions, The Voyage, New Lands, New Life, Reflection, remembering and reunion, Resources. Each section is presented by images and short narrative. The exhibition was made possible thanks to the collaboration between the Australian National Maritime Museum and National Museums Liverpool, Liverpool, UK and is supported by the National Collecting Institutions Touring and Outreach Program, an Australian Government program that aims to improve access to the national collections for all Australians.