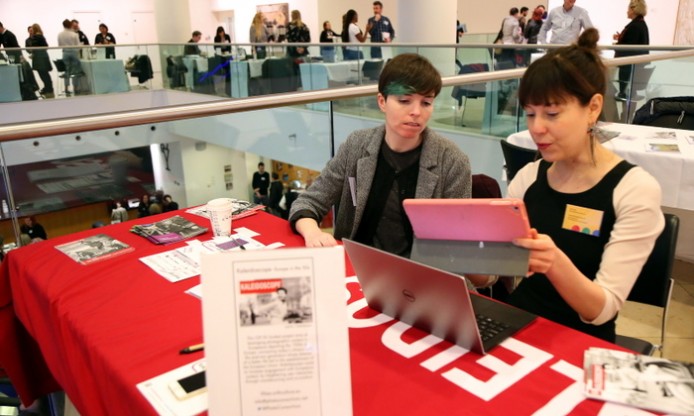 fotofringe is the single-most important event for image licensing, attracting picture agencies and libraries and visitors to meet from all over the world: it is a networking event for professional picture users and picture libraries, conceived, created and managed by our colleagues John Balean and Flora Smith of TopFoto.co.uk.

The 2019 edition took place on 21st March welcoming exhibitors specialized in image licensing and also footage, including for the first time the famed archive footage specialist Huntley Film Archives. Among other first time exhibitors, such as Image Quest Marine, Majority World, Motorsport Images, Red Bull Media and many others, Photoconsortium was presenting Kaleidoscope and the work for metadata improvement in Europeana.

It was an excellent occasion for meeting representatives of media such as Encyclopaedia Britannica and Christie’s auction house magazine, documentary makers specializing in topics such as Windrush and 1950s jazz, and content holders interested in contributing to Europeana, and curator Sofie Taes also presented Europeana and Kaleidoscope project in a nice pitch, raising the interest of image researchers, picture brokers, writers and publishers of all sorts. Next to Sofie, also Elaine O’Sullivan (Coventry University) participated in the event for Kaleidoscope. Photoconsortium flyers and truly eye-catching Kaleidoscope leaflets produced for the occasion by TopFoto were also distributed.