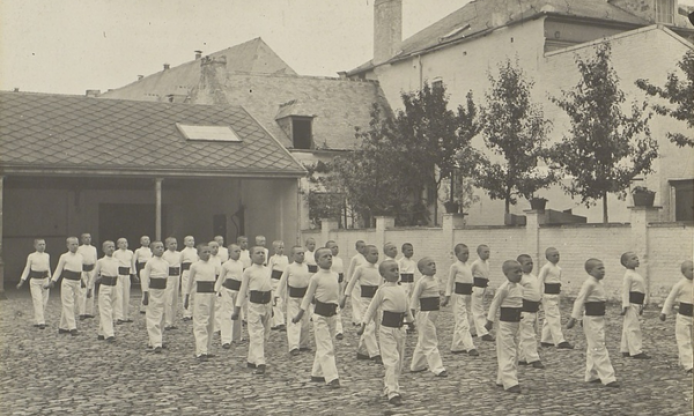 img. the Godshouse for orphans and elders by Edouard Liberton, via Europeana, Stadsarchief Leuven.

In the framework of DSI2 project (2016-2017), Photoconsortium participated to a big effort for metadata and visualization improvement. This is the work the Metadata Task Force from Photoconsortium is performing in collaboration with Europeana’s Ingestion Team for some of the photographic collections that were published in Europeana since 2014, involving those Photoconsortium Members who are content providers to Europeana for reviewing and improving their datasets.

In particular the collections that were improved in Europeana by Photoconsortium members so far are:

Work is still ongoing and will continue in the next months. This action on metadata and visualization, that strongly supports the open access approach for digital heritage collections (where applicable), is also devoted to feed the thematic Europeana Photography channel, the new access point to curated photographic collections in Europeana, also part of the DSI2 project, that was launched last May.

View other posts:
← POWER TO THE PEOPLE. The new virtual exhibition in Europeana Photography!
EUROPEANA DSI-3 has started →