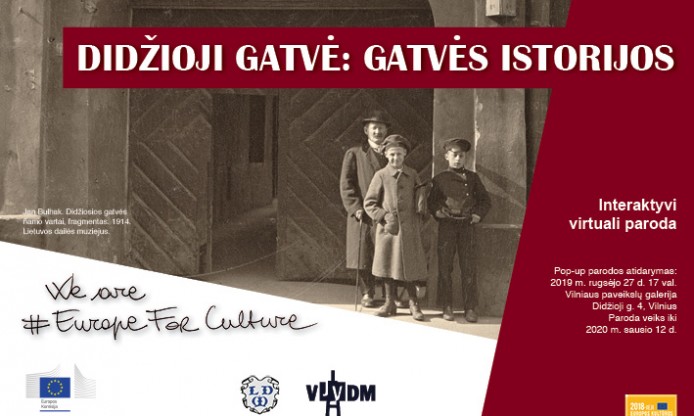 This exhibition is the Lithuanian instance of the WeAre#EuropeForCulture series, and it was co-created in collaboration with art students from Naujoji Vilnia district, with various creative sessions before the exhibtion launch which will continue afterwards. The exhibtion is focused on stories and family memories of the Vilnius main street Didžioji.