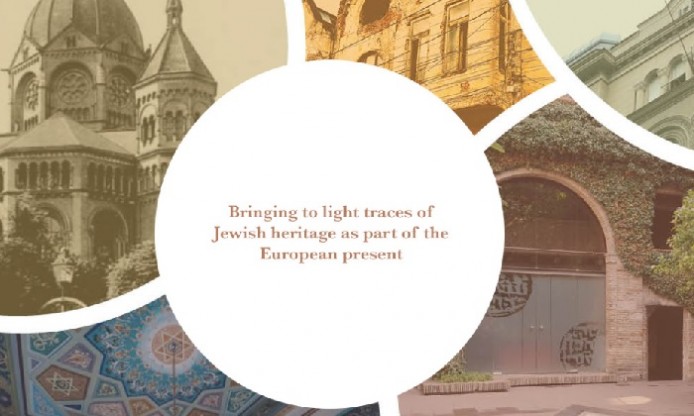 Parallel Traces is a EU project focused on the Jewish Cultural Heritage and it includes a photographic contest.

Initiated by the European Association for the Preservation and Promotion of Jewish Culture and Heritage (AEPJ), the Parallel Traces is a cross-cutting, collaborative, cross-European project that aims to unearthing the traces of the Jewish cultural heritage in urban architecture and planning in Europe, offering an original and rigorous perspective on the past, present and future of European Jewish history and encouraging mutual understanding and respect amongst different cultures and modes of artistic expression.

the call for participation in the contest is open for digital photographers and audiovisual creators. The contest focuses on visual representations from an out of ordinary point of view of whatever remains of Jewish Heritage in the urban tissue of the participating cities: Girona, Wroclaw, Tbilisi, Sighet and Belgrade. The proposal for the artist is to capture the essence of the contemporary traces left by Jewish citizens in the selected participant countries.

Deadline for submission is July 17th.

The Jewish Museum in Girona will be the first host of the exhibition, followed by the other cities.

← Fifties Friday: Memories from Bulgaria
Every past is my past, milestone Fortepan’s exhibition in Budapest →