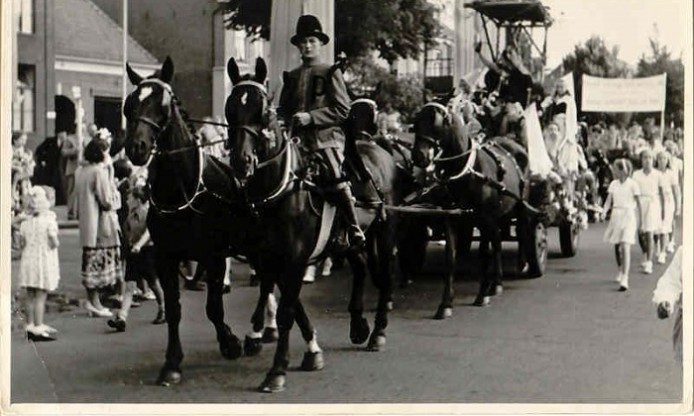 Today we present “A celebration of nature: Heideweek 1954”.

The ‘Heideweek’ in the Dutch municipality of Ede is one of the biggest events in the province of Gelderland. Celebrating the blossoming of the heath, the Heideweek boasts no less than 70 activities, among which the election of a ‘Heath Queen’ and ‘Heath Princess’, a parade in the town center and suburbs of Ede and live music performances at the Museum square. On europeana.eu we found this series documenting the Heideweek in 1954, boasting cheering crowds, lavish historical costumes and a beaming Heath Queen.