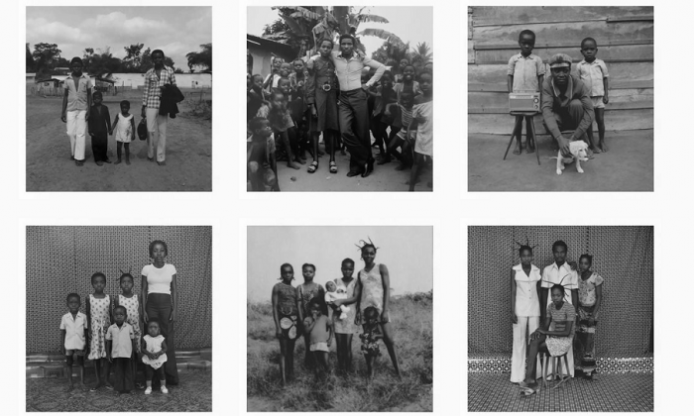 In Pointe-Noire, Congo, the Studio Pellosh became rather known in the 70s and 80s, and until the mid-90s Maurice Pellosh specialized in portraits, taking pictures of families, groups, workers, couples in the the vibrant atmosphere of Congo before and after liberation. This photographer is one of the few modern African masters still alive, and would maybe remain unknown to many if it wasn’t for the efforts of Emmanuèle Béthery, a French curator who represents Congolese painters and ran an association for them in Pointe-Noire. She has recently organised the display of Pellosh’ works: next to planning a physical exhibition, Pellosh’ works are now featured in a Instagram page, that showcases the vibrant atmosphere of Congo before and after liberation.

69-year-old Pellosh is currently living in the outskirts of Pointe-Noire with his old cameras and the remnants from his studio settings, treasuring dozens of boxes of negatives and prints. The studio is become a hair salon and the surrounding neighborhood has fallen into disrepair. Happily Pellosh’ works are still alive and kicking, thanks to the effort of preservation and sharing supported by digitization.