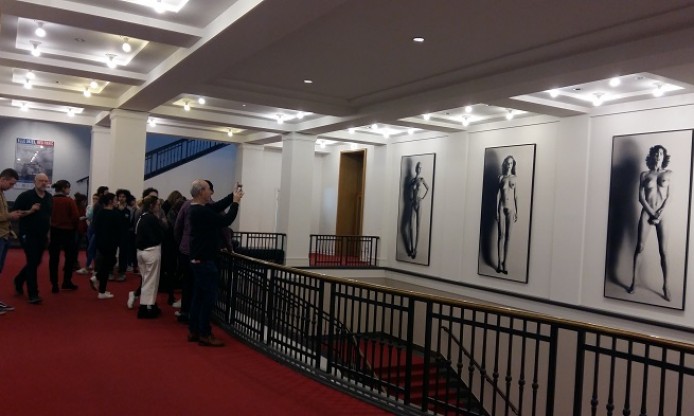 The final conference of the CEF project “Fifties in Europe Kaleidoscope” was organized in Berlin by SPK – Stiftung Preußischer Kulturbesitz on 20-21 February 2020. The conference was dedicated to “New strategies for user engagement and digitised photographic heritage”, and it was held in the prestigious premises of the Museum für Fotografie and Helmun Newton Foundation.

It was a true honour for the “BLUE SKIES, RED PANIC” exhibition of the project, that showcases an outline of Europe in the 1950s, to be hosted at the museum, after the successful editions of Pisa, Girona and Antwerp.

As the prelude programme, on the 19th February a guided tour was organized to the modern depot of the Bildagentur für Kunst, Kultur und Geschichte (bpk), the central media service provider for institutions of the Stiftung Preußischer Kulturbesitz. The bpk holds one of the most distinguished contemporary historical photo collections in Europe. The depot was established in the recently constructed central collection storage building of the Staatliche Museen zu Berlin. It comprises depots and workshops for a number of collections of the Staatliche Museen zu Berlin.

The conference full programme on 20 and 21 Feb included compelling presentations and keynote speeches from project partners and invited guests, which allowed to rediscover the visual narrative of the 1950s in Europe across the Cold War divide. The conference was also an occasion to learn about innovative practices and technologies for engaging users with the digital photographic heritage.

Parallel to the conference, two guided tours were organized: one to the “BLUE SKIES, RED PANIC” with curator Sofie Taes, and another to the exhibition focusing on the life’s work of the well-known German photographer Ludwig Windstosser, by curator Stefanie Dietzel.