Fortepan is a free, curated Online Photography Archive, based in Budapest, Hungary, launched in 2010. It collects pre-1990 photos. The name goes back to a Hungarian film and photo negative brand, now defunct. It has an iPhone app, Android app is in progress. Fortepan operates under Creative Commons 3.0, i.e. its images – if credit is duly given – anyone can use for anything, even for making money. Fortepan is run on donations, no public money was involved in the fist 7,5 years of its existence.

The origin of the archive is the private collection of two high school friends, who decided to create a website out of the prime material out of their black and white photo collection (5000 photos), amassed in decades, collected on “garbage days”. Since 2010 the collection grew to about 91 thousand freely downloadable images, the difference in number is due to families and company archives they have donated the digital version of their photos to Fortepan. Some Hungarian professional museums, archives and libraries also cooperate with Fortepan, they willingly accept their contribution and let them find treasures in their own collections. Gradually, Fortepan images have emerged as one of the most important (readily available, easily searchable) sources for the press in Hungary. Online heritage publications routinely turn to Fortepan as a source of illustration.

img. Normafa, the remains of the legendary old beech © Fortepan. 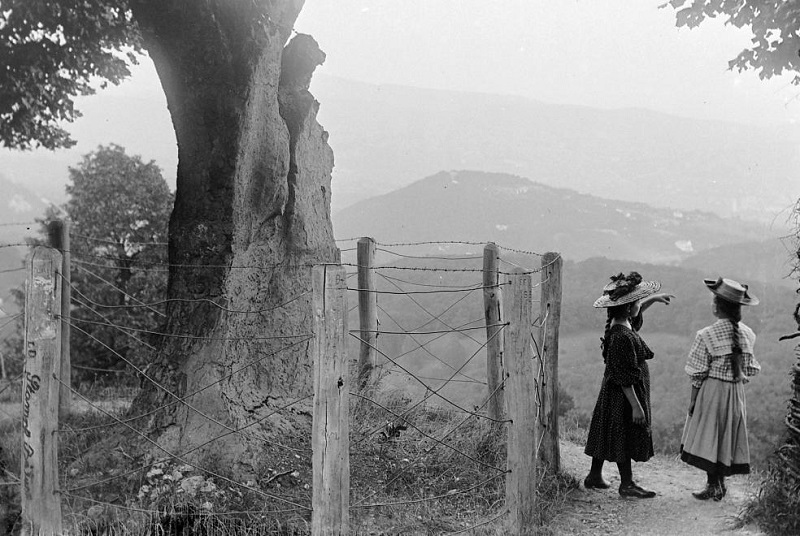